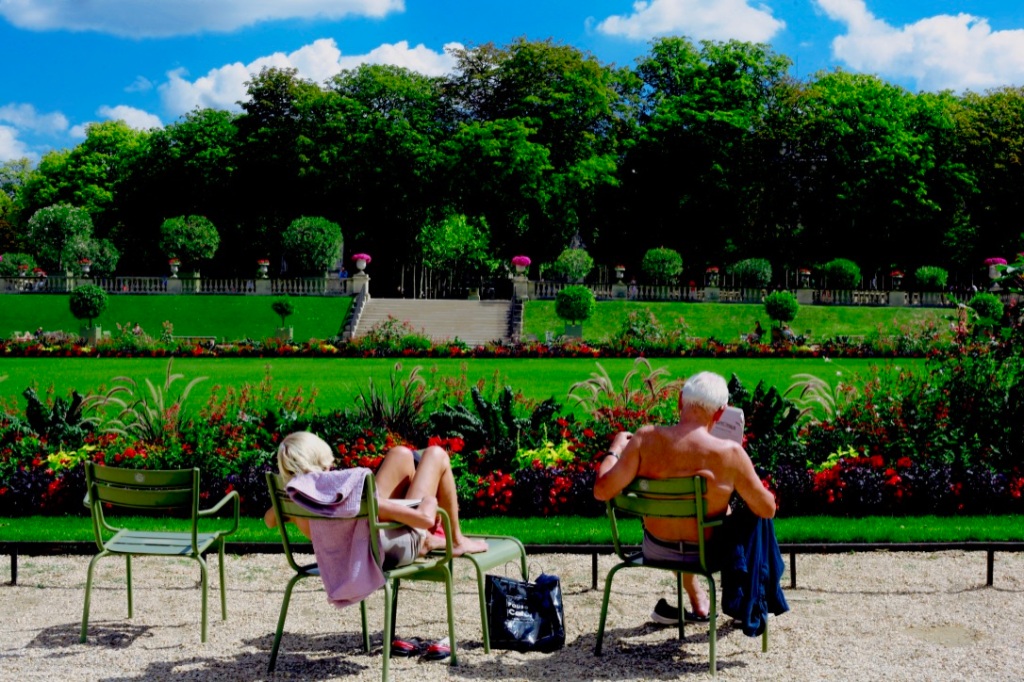 Admit it. You would probably feel uneasy if your pastor said the word, sexy, from the pulpit on a Sunday morning. (For those of you who are pastors, you may feel uneasy saying the word at all, much less from the pulpit.) The topic of “biblical sexiness” is not topping most pastors’ lists of potential sermon topics. But the world’s conception of sexy is the number one topic our culture preaches about every day.

Madison Avenue, Top 40 music, the fashion and beauty industries, and other cultural “tastemakers” tell us clothing, body shape, makeup, certain occupations, or lifestyles make a person sexy to one degree or another. We, as Christians, cannot deny that sexy is partly defined by external realities. The Song of Solomon provides proof of this. External beauty is a factor when it comes to romantic attraction. It is a factor created by God. But the world sees the external as the only factor in determining what is sexy. Hence, people’s sexiness has been downgraded to what is seen, not what is also known.

There is an interesting shift, however, taking place in our culture. Certain segments of American pop culture are striving to redefine sexy in the sea of eroticism we are submersed in daily. It began in 2004 when Dove made a splash with its Real Beauty campaign by putting forward women of all sizes in their ads as they attempted to re-define “sexy.” Over the next decade plus, models “who [did not] fit the mold” began showing up in places once dominated by the industry’s preferred “perfect 10.”

Overwhelming change came in 2017 according to Chadrian McKnight, a casting director at a major commercial-casting agency. He told Glamour magazine he saw a new demand from mass-market clients for models of diverse shapes and races. In the same year, “Target launched an unretouched swim [ad] campaign … that celebrated stretch marks and cellulite in all their glory,” Glamour reported. And in 2018, the film, I Feel Pretty, was released. It tells the story of a woman who discovers confidence is not rooted in one’s physique.

The Body Is Not The Person, Only Part

Perhaps shockingly, portions of the world are now striving to tell us sexiness and beauty come in many shapes and sizes. In fact, the point being made, whether the world knows it or not, is that sexiness is found ultimately in the value of there being a person, not a certain type of person.

This recognition is significant in reorienting our conception of sexy. It is integral to the biblical worldview. If Christians permit the world to define and exemplify the term, sexy, women (and men, at times) will continue to be viewed as trinkets of lust. They will be reduced to a value comprised of only one dimension. Dr. Mark Liederbach, professor of theology, ethics, and culture at Southeastern Baptist Theological Seminary, points out the current “view of ‘sexy’ [has] literally physically damaged, brutalized, and reshaped so as not to see women as a God created gift.”

If Christians propagate the biblical conception of sexiness, women will be elevated from the status of corrosive objectification to one of holistic admiration. Prayerfully, many Christian women, single or married, would begin viewing themselves in the same beautiful light as God views them. As well, Christian men would begin to see an enduring form of sexiness that brings about cherishing instead of exploiting.

So what makes a person sexy according to the Bible? What traits exhibited to one’s spouse are more powerful than all the “tricks” the world teaches? What touches a spouse’s senses and his or her heart?

At the outset, some parameters about the term, sexy, must be mentioned. Firstly, the designation of sexy should be assigned to one’s fiancé(e) or spouse. The term’s root word is sex, an act reserved, in God’s order, for those married (Proverbs 5:18-20). The engaged couple is not married, but sexual attraction is a significant aspect of their anticipated marital bond.

Secondly, sexiness is subjective as it pertains to the external. It is based on our God-given personalities developed over time based upon numerous factors including age, upbringing, culture, and specific personal experiences. Some people find a certain piece of clothing alluring, while others see it as silly or unflattering. Some like pouty lips. Others think they are ridiculous. The same can be said of makeup. Even certain body types can be preferred by some and not by others.

So what aspect of biblical sexiness is immune to fad or preference?

To answer this question, we must first look at the core need God intends to be met in marriage. This need is to experience complete acceptance from our spouses and thus enjoy the bliss of being “one flesh” with our respective spouses (Matthew 19:6). We were created male and female in His image to enjoy the indescribable union of two hearts and thereby understand God’s blood bought acceptance of His Church and her union with Christ (Ephesians 5:22-32).

The vows couples pledge to each other at the altar signify this deep longing and the commitment of the spouses to meet the other’s greatest desire. Every spouse commits to love and cherish the other in any future financial situation and in any state of health. The promise is also made whether life together will be “for better or for worse.” And the worse often comes, in some form, sooner than most couples anticipate.

For instance, a couple soon finds out the bad habits of the other they have to endure are worse than initially thought. They may also find out their spouse’s past is worse than he or she knew.

In these and other “worse” situations, we desire the freedom to be completely vulnerable regarding our weaknesses, shortcomings, and fears with our spouses and know it is not a risk, but a haven. This is what we all desire of our spouses (or future spouses). Therefore, if full acceptance is our core craving, and one extends it to his or her spouse, would not the one extending such acceptance be extremely attractive to the other?

As a result, being Christ-like in this manner is sexy and should be seen as such by Christian couples. Sex is not a component of marriage as if its inclusion results in a well-oiled relational machine. Sex is not an ingredient of marriage as if the right amount added to the marital recipe satiates the couple. Sex is an expression of how deep the love runs between a husband and wife. And the fuller your acceptance of your spouse, the greater your attractiveness (sexiness) will be to your spouse.

The nature of Christ’s acceptance is the model for us to embody. His acceptance comes without expectation or stipulation. It is not bound by public approval, body type, or fickle mass-market fads. He has not given us a timetable indicating when our fears, shortcomings, struggles, and anxieties must be non-existent in order for Him to continue loving us. Christ does not dictate we mask our personality quirks due to annoyance or embarrassment to others. He does not place a limit on His forgiveness. The Lord accepts the whole of us with open arms. This is what we should exemplify to our spouses.

The world’s definition of sexy is a black hole of unfulfillment because it is based on selfishness, on taking. God’s order is built on giving. A God-aligned heart giving His traits of patience, mercy, grace, and forgiveness to one’s spouse is a type of sexiness that cannot be touched by time or trend. For Christians, sexy is defined not by how we look, but Who we look like. If there is a way to bring sexy back to the Church, this is it.

Begin typing your search above and press return to search. Press Esc to cancel.